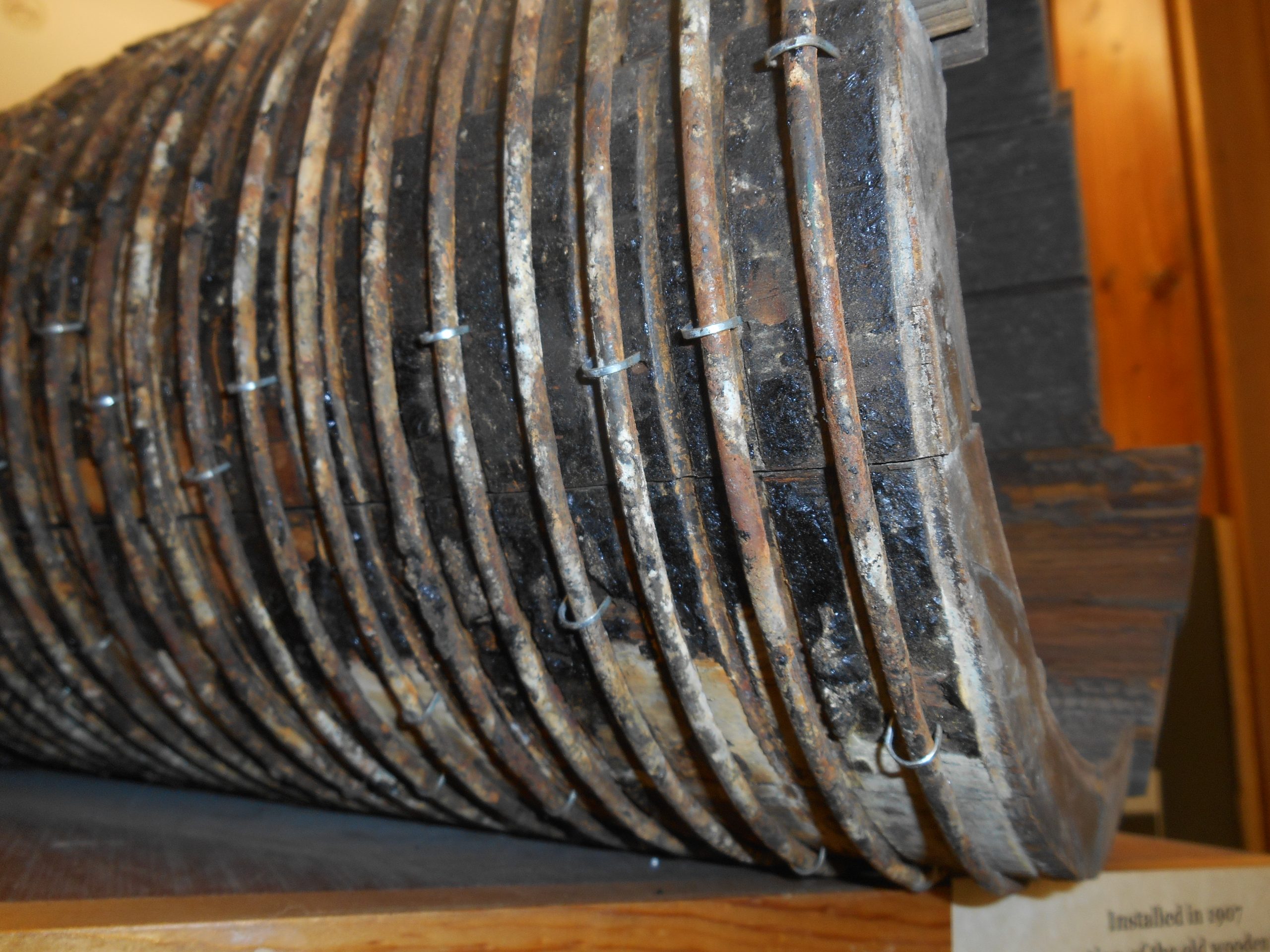 In our collection we are fortunate to have two sections of wooden water pipe that ran in from City Springs along the Red Water River, providing water to Belle Fourche beginning in 1907. A hydro-electric plant was built alongside the river in 1926. 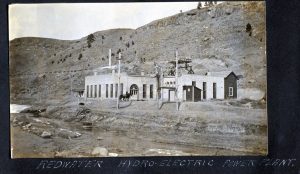 Why wooden pipes? Wood was inexpensive, readily available, and proven to last at least 20 years. Its smooth interior surface allowed a larger carrying capacity than metal, which was likely to form tubercles (small nodules or protuberances) within a few years.

There are two main kinds of wooden water pipe. The more primitive are Log Wood pipes, hollowed-out tree trunks or logs. The log would be somewhere between 20 to 30 inches in diameter, with the bored pipe hole being a mere 3 to 6 inches in diameter. The ends of the logs were beveled to fit together and when soaked with water would swell and form a water-tight seal.

Stave wood pipes had the advantage of being pieced together somewhat like tongue and groove joints of staggered lengths, building a continuous pipe and lessening the number of joints. These pipes also swelled when soaked with water, forming tight seals. Tar was applied to the outside and the pipe was wrapped with metal bands to keep it stable. Interestingly, water coming from these pipes didn’t taste like wood since the tree sap was soon flushed out and thus the taste went with it. 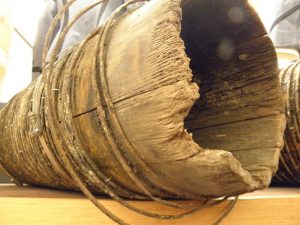 Firefighters soon figured out that the wooden pipes could be drilled into for water to fight fires. Firefighters would dig down, find the log pipe, and auger a hole into it. Water would fill the excavation, creating a “wet well” that could be used for dipping buckets or pumping water out. After the fire was extinguished the pipe would be sealed with a wooden plug and the location marked in case of future need. This is where the term “fire plug” originated.

Water thieves would also drill into wooden pipes, secretly making water connections and stealing water. Portland, Oregon had a device in 1915 called a “service pipe detective” that could locate all connections, legal and illegal. After investigating the first 500 services of 57,000, 29 illegal connections were found. The Water Bureau in Portland found that it was several thousands of dollars short every month.

Our wooden pipe sections are Stave Wood pipes, wrapped with heavy wire and were originally coated with tar. They are in remarkably good shape for being over 100 years old. One section was donated by Dick Mosley and the other was brought in by Chuck Snoozy. Both are 10 inches in outside diameter and 8 inches inside diameter. They were in use for around 50 years.  Because of the importance of water in the west, they served their purpose well. 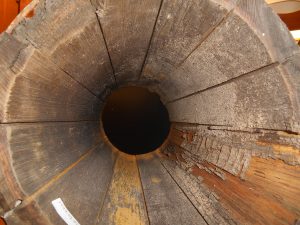