OF THE TRI-STATE MUSEUM

The museum started in 1955 when Mrs. Roy Williams of Hammond, MT donated a western collection and $1000 for a museum. Mr. Williams’ collection was for his own enjoyment, and the enjoyment of his friends. Mrs. Williams realized the value of her late husband’s collection, and she contacted several Belle Fourche businessmen and community leaders in the early 1950’s, offering the items.

At the same time, the city of Belle Fourche had bought the Bowles House to make it the city’s library and also the museum. The beautiful 3-story home on the east end of State Street never was used, as it was impractical for the purpose. The city sold the property and used that money to build a cinder-block building. Land for the building was donated to the city by Mrs. Edith Arnold, in memory of her husband Eugene Arnold. There have been two additions to the original building, in 1964 and again in 1972. 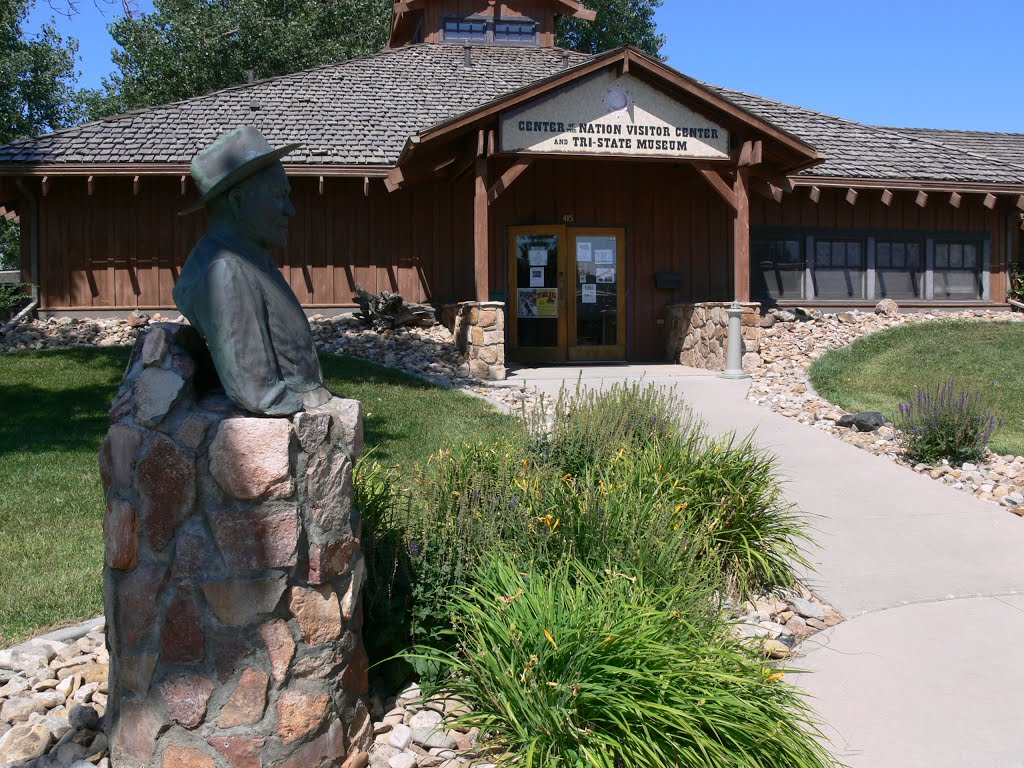 The current museum building was opened in 2004, in a complex that includes the Center of the Nation Visitor Center. A separate storage facility for museum artifacts was built in 2013. Currently, the Museum and Visitor Center is working with the Tri-State Museum Foundation and the City of Belle Fourche to build an addition which would provide classroom space; a changing gallery to accommodate temporary exhibits, programs and museum theatre; plus a prep kitchen, mechanical room and restroom. The gallery and classroom would be available for rentals.